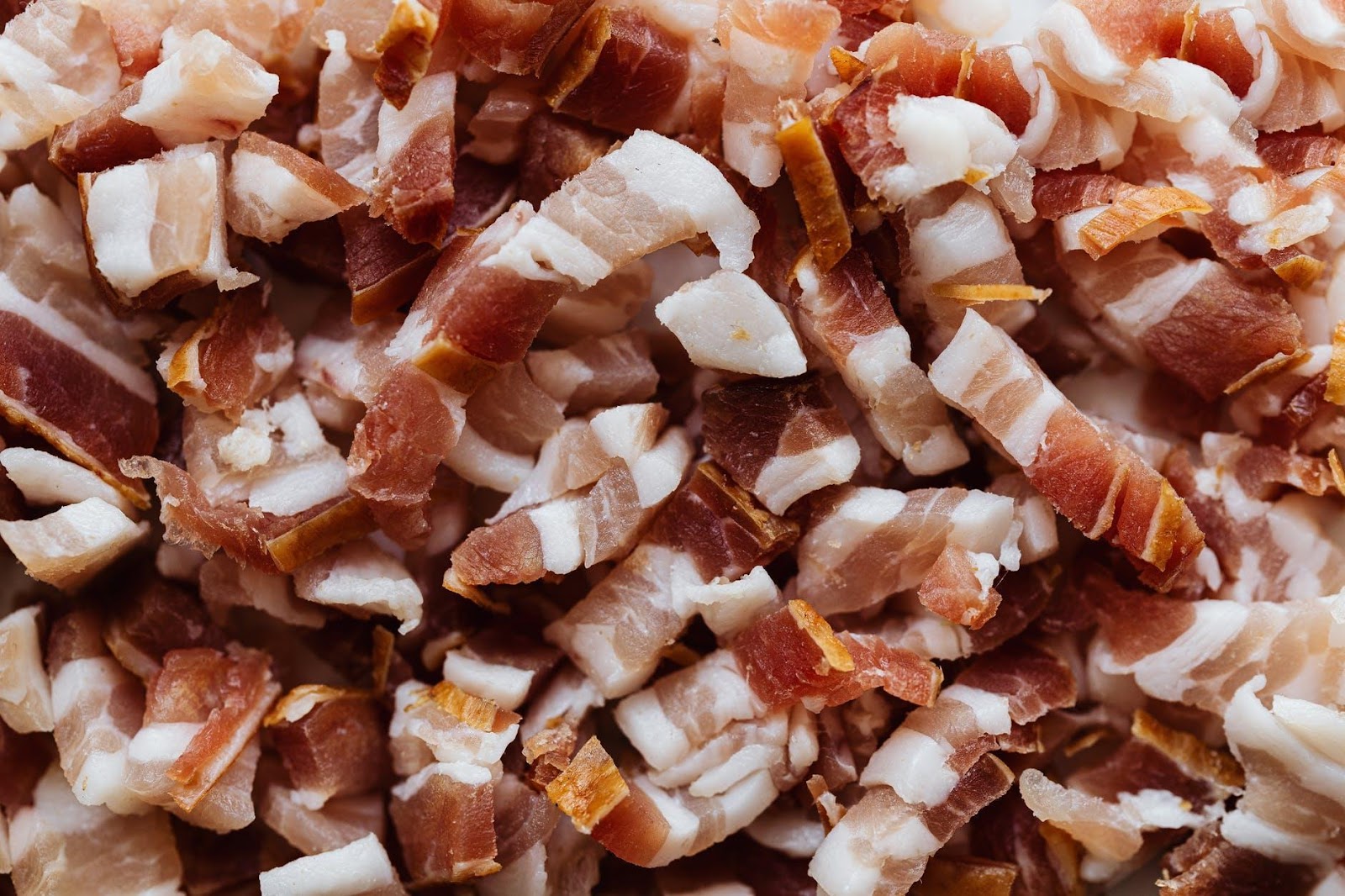 Bacon, usually synonymous with breakfast, is enjoyed by bacon lovers, any time of the day, whether by itself, with eggs or even bacon ice cream and chocolate-covered bacon. Bacon is loved across the globe and in the US, it is consumed by over 6.5 billion homes.

You can add bacon to practically any recipe. However, if a recipe requires a pound of bacon, measuring may get tricky and it is easier if you know how many bacon slices make a pound.

What Exactly Is Bacon?

Usually made from pork back or pork belly, the word “bacon” can be traced to the Old German word “bacho.” It is essentially a kind of cured pork, where it is injected with a highly concentrated salt solution, known as wet curing.
Bacon may also be dry-cured, where the salt is applied around the meat that absorbs the water from it. Other types of meat may also be used to prepare bacon such as chicken, beef, turkey and goat.

How Many Slices of Bacon in a Pound?

When you’re shopping for packs of bacon in your local supermarket, it is important to understand that the number of slices of bacon in a pound depends on various factors such as the type of meat, the thickness of the slices, the brand and the ingredients in the bacon.

Weight of a Slice of Bacon

The weight of a bacon slice can vary depending on the thickness of the slice and the amount of water. The below weights are meant for unfrozen bacon.

Peameal Bacon vs Side Cut Bacon

Peameal bacon, also known as Canadian bacon, is typically made from the center-cut pork loin, which is made by rolling it in cornmeal. The number of slices that you get per pound of peameal bacon is half of the regular side-cut bacon.

How Much Crumbled Bacon in a Pound?

Crumbled bacon is popularly used in various recipes including pizza, salad, etc. However, if you have a recipe that requires cooked, crumbled bacon, then you will need to know how many slices of bacon to use. In general:

However, the important thing to understand is that it is not as simple as putting raw bacon into a cup and measuring it. Typically, as the bacon is cooked, it will reduce as the fat renders and so, 1 cup of raw bacon is not equal to 1 cup of cooked bacon bits.

There are loads of bacon recipes out there that you may be tempted to try out; however, most do not use bacon slices as measurements and often, the measurements are in pounds. As we have discussed, usually 1 pound of bacon consists of 16 regular cut slices and the number of slices can vary according to the thickness of the slices.

We hope that after reading our article, you can now convert the number of slices of bacon into pounds and whip up an amazing dish. However, if you’re still not sure about the exact measurements, don’t panic, cooking up some extra bacon is always a good thing and is sure to make your bacon-loving family and friends very happy.