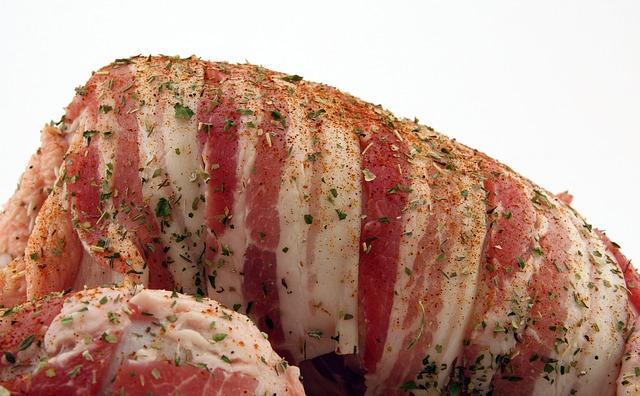 Nothing can beat bacon, whether on its own, along with scrambled eggs, in quiches, BLTs or just about anything at all. However, when you’re cooking bacon, it’s quite easy to go overboard and fry way too much. So, what to do if you have a lot of cooked bacon?

While bacon is extremely versatile and having surplus bacon is always a good thing because you can use it in a variety of recipes and for practically any meal, you may be wondering what is the best way to store cooked bacon.

In this article, we have discussed how to store cooked bacon and how long cooked bacon will last when stored properly.

How Long Can You Let Cooked Bacon Sit Out

Cooked bacon can sit out at room temperature safely for around 2 hours, after which, there is an increased risk of bacteria growing on the bacon because if the temperature is above 40°F, it becomes conducive for the growth of bacteria.

It is not recommended to leave the bacon out for long even if there are some preservatives added to it. In order to be safe, it is recommended that you refrigerate or freeze the bacon as soon as possible.

How to Store Cooked Bacon

There are many ways of storing leftover cooked bacon and the method you choose depends on the length of time you want to store the cooked bacon. If you plan to use the bacon immediately in 4 to 5 days, then you can easily store it in the refrigerator without any problems.

However, if you’re not planning to use the cooked bacon within a week, then it is better to freeze it, where it can last up to a month.

Storing Cooked Bacon in the Refrigerator

If you plan to store the cooked bacon, then cook it a little less than how you like to eat it. Place the bacon on paper towels to remove any grease or fat and allow it to cool. When the bacon strips are cool, put them into an airtight container or a Ziploc bag and put them into the refrigerator.

Make sure that the airtight container is not very large and if there is a lot of space in the container, then use cling wrap to cover the bacon so that the air contact is minimized. Whenever you plan to eat the bacon, you can reheat it and make it as crisp as you prefer.

If you like eating your bacon cold, then cook it and crisp it according to your preference before storing it in the refrigerator. The cooked bacon stored this way in the fridge will last for around 4 to 5 days and is the perfect method if you know you’ll be using the bacon within this time.

Why Do You Need to Refrigerate Cooked Bacon?

Usually, bacon bought from a store contains salt and preservatives such as nitrites. The bacon has a low water content, which is not very conducive for the survival of bacteria and so, store-bought bacon has a much longer shelf life compared to other meats. The preservatives added to the bacon do not help to extend its shelf-life at room temperature and the bacon can go bad and cause food poisoning.

Further, the bacon has a high-fat content, which turns rancid quickly at room temperature and so, it is recommended to store cooked bacon in the refrigerator. However, if the label of the bacon says that it is dry-cured or shelf-stable, then you can leave it outside for around 10 days without refrigeration.

Cooked and refrigerated bacon stays good for around 4 to 5 days. Because of the high salt content, low moisture and cold temperature, the cooked bacon won’t get moldy or grow bacteria in the refrigerator.

However, the problem is that the fat in the bacon can become rancid, which will make it taste quite bad. If you notice that the texture of the bacon is slimy or it smells off, then it has probably gone bad and it is advisable to throw it away.

If you’re planning to store cooked bacon for a longer period of time, then the best option is to freeze it. To freeze the cooked bacon, first, place the bacon on a tray and then flash freeze it for around 2 to 3 hours. This will help to prevent the bacon strips from sticking to each other.

After flash freezing the bacon, put it into an airtight container or Ziploc bag. Remove all the excess air from the bag by using a straw to suck out the extra air, as this will help to prevent freezer burn.

You can also wrap the portions of bacon with plastic wrap before putting them into the container to prevent freezer burn. Cooked bacon can easily last for around 1 month in the freezer. While it may even last longer than this; however, the texture and taste may get affected.

So, if you love your bacon, you can now have it anytime you want. All you need to do is cook or fry up a large batch, refrigerate or freeze it depending on your consumption timeline.

And, whenever you want, simply take out the bacon and cook it in a frying pan for around 1 to 2 minutes, in an oven for around 8 to 10 minutes or in the microwave for around 10 to 20 seconds per slice and you’re all set to enjoy your favorite meal.